Clarence Darrow's Address to Prisoners in Cook County Jail in 1902

Added by Francisco Sánchez
One of the goals of our blog is to share what inspires us as a journal. Although Clarence Darrow is a towering figure for those fighting for social justice, did the myth of Darrow dilute what the man really stood for? Darrow was more than the grandiose litigator that represented Leopold and Loeb, Communists, teachers of evolution, unions, and Black families when such causes were unpopular.  He was a dreamer hoping for the greatest of American revolutions: the abolition of the American criminal justice system. 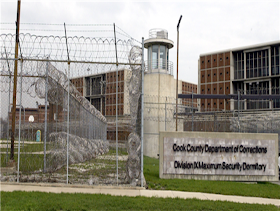 All words by Clarence Darrow - Excerpts from his Address to Cook County Prisoners, 1902
"If I looked at jails and crimes and prisoners in the way the ordinary person does, I should not speak on this subject to you. The reason I talk to you on the question of crime, its cause and cure, is that I really do not in the least believe in crime. There is no such thing as crime as the word is generally understood. I do not believe there is any sort of distinction between the real moral conditions of people in and out of jail. One is just as good as the other. The people here can no more help being here than the people outside can avoid being outside. I do not believe that people are in jail because they deserve to be. They are in jail simply because they cannot avoid it on account of circumstances which are entirely beyond their control and for which they are in no way responsible.